About a year ago, as I was brainstorming ideas for my final capstone project for the Digital Media Production major, inspiration struck me out of the blue. For years, I had written stories that were dark and unhappy, wrapped in my fears of things I couldn’t control and the world that is sometimes just under what we want it to be. But, it got me thinking one night about what that was accomplishing. From a storytelling standpoint, they were strong ideas, with original twists and turns that, at least I, had never seen before. Filled with raw emotion and actual fear weaved into the plot, they held a dark connection to my unconscious and helped me work through that which bothered me the most. But, these stories had one thing in common that kept them from being truly something that could be effective. They were all written for me. I had written all of these stories to help myself, skirting convention and digestibility for my own personal benefit but, in the process, alienating any other reader. I had created an island of text of my own design that only had a vacancy for myself.

That is, until I decided to write a story for others. This is how Better Half came to be, a simple desire to write a story that wasn’t only for me but for those around me. A story that dealt with topics that everyone can relate to: grief, heartbreak, heartache, fear, pain, and what it means to love yourself, forgive yourself, and truly live and work with sadness. The main theme of the film is that the good can only feel so good when you know how bad the bad can get, that you can’t have true love or happiness without a little sadness. From the outset, I knew the story was going to be important to film correctly, using the right talent, locations, lighting, etc. If I messed up the tone in any particular section, then the film had the opportunity to dismantle itself due to the sheer volume of ideas and themes I was trying to capture within such a short, 18-minute film.

Because of this need for perfection, I needed a budget, to grant me the ability to buy the props and equipment I needed, to have the ability to rent out locations if they required payment, to send the film to festivals and give it the recognition and publicity I desired it to have, to make sure everyone on set was happy and full, and finally to make sure that everyone was able to merely make it to set. So, I asked around and submitted a proposal to the Newcomb-Tulane College grant committee due to their high reputation and consideration given to passion projects that attempt to do something different. I had some separate funding but needed to cover those last two costs: catering and transportation, and I was unsure how to acquire anymore than I already had. Luckily, the NTC accepted my proposal and gave me exactly what I needed to make sure that my crew was present, well-fed, and in a good mood for the entire filming process.

As such, the film came together exactly how I imagined, with beautiful shots, a coherent story, and raw emotion that adds weight and relief to the audience in a realistic and powerful manner. Without such a streamlined and high-functioning cast and crew, the film would have never been finished in both such a short amount of time and with such other high demands such as coursework, other films, distance from locations, or just general life considerations. The process was also not without its learning moments, teaching me to keep grace under pressure and how to change things on the fly when everything starts to go wrong, as well as always keeping a safety blanket (here in terms of budget and time) in order to ensure that everything has a good chance to being finished correctly and beautifully. I am incredibly grateful for everyone who helped me turn my film into something that I can submit to film festivals and something that I am proud to show to everyone everywhere, and I really could not have done it without my donors, most especially the Newcomb-Tulane College. 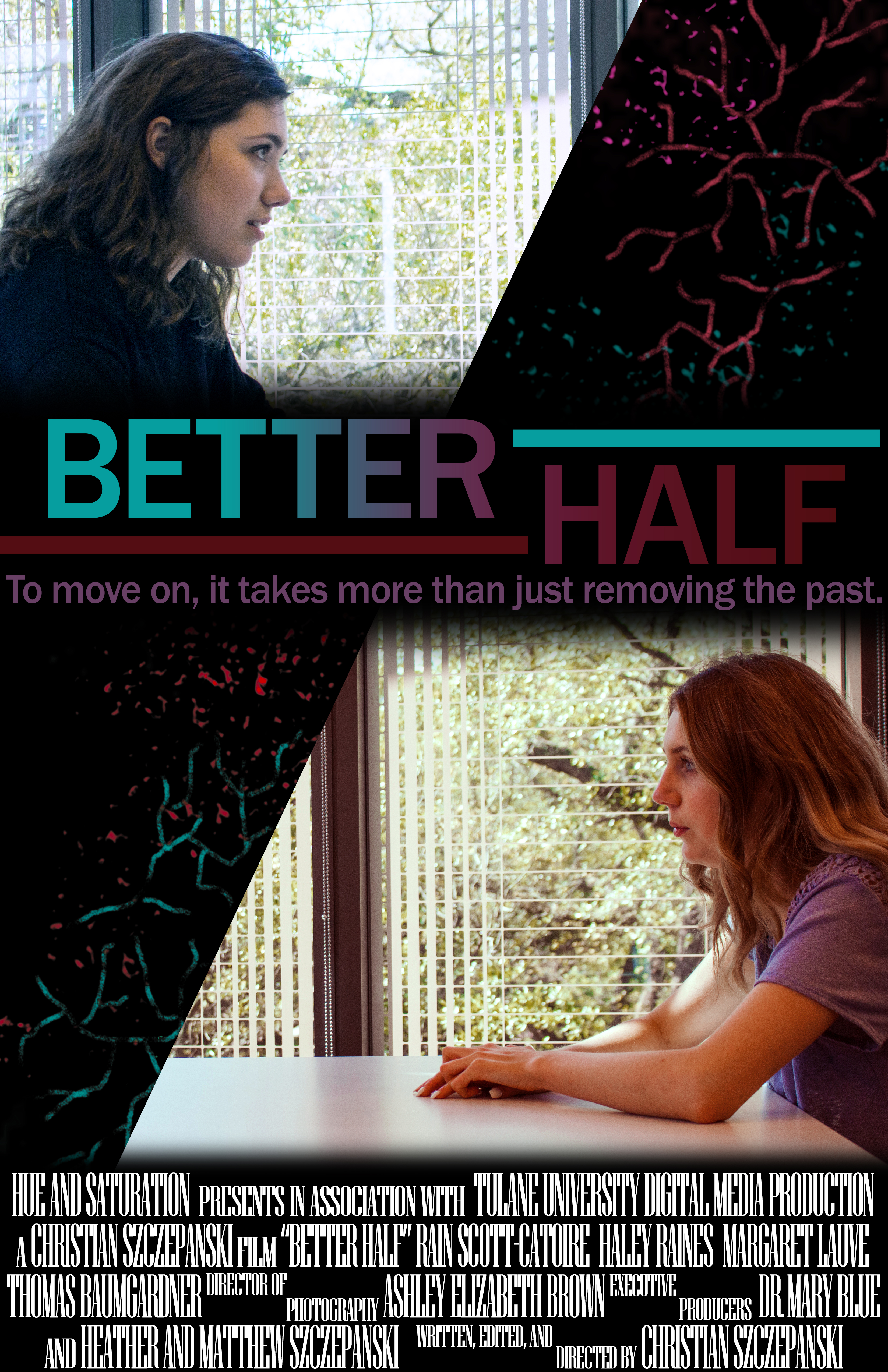