As the culmination of my time at Tulane and my Digital Media Production major, I wrote, directed, and edited my first short film, titled One Hit Wonder. It was a year-long process which included casting, location scouting, set dressing, costuming, and many long nights spent in the editing lab turning my hours of footage into an eighteen-minute narrative piece. Working on this project allowed me to graduate with practical experience in the field in which I am pursuing a career, which is an invaluable resource, and the grant funds I received made this project a possibility.

I used my grant funds to help me with several of the steps in the filmmaking process. As per various union rules, although I was not allowed to pay my actors and crew, I was required to feed everyone on set, on each of the filming days, which there were 10 of. Several of these shoots were morning shoots, in which case I provided coffee and breakfast items. The rest of the shoots, we ordered pizzas or sandwiches for dinner after filming. Part of the editing process includes music selection. I was lucky enough to know an indie musician, who allowed me the rights to several of his songs for about $150 total. Any funds that were left at this point were used to contribute to costuming for my lead characters. Each had two outfits – a set of pajamas, and an outfit that they wore for the rest of the film. The costume pieces were primarily purchased from Forever 21 and Asos, and the T-shirt worn by the lead throughout the film was made by a young artist who was a friend of my sister’s.

I have been interested in filmmaking since I was eight years old. This film, and the funds I received through this grant, allowed me the opportunity to create a film, a piece of art, that I am truly proud of, and will always be the most influential part of my time at Tulane. 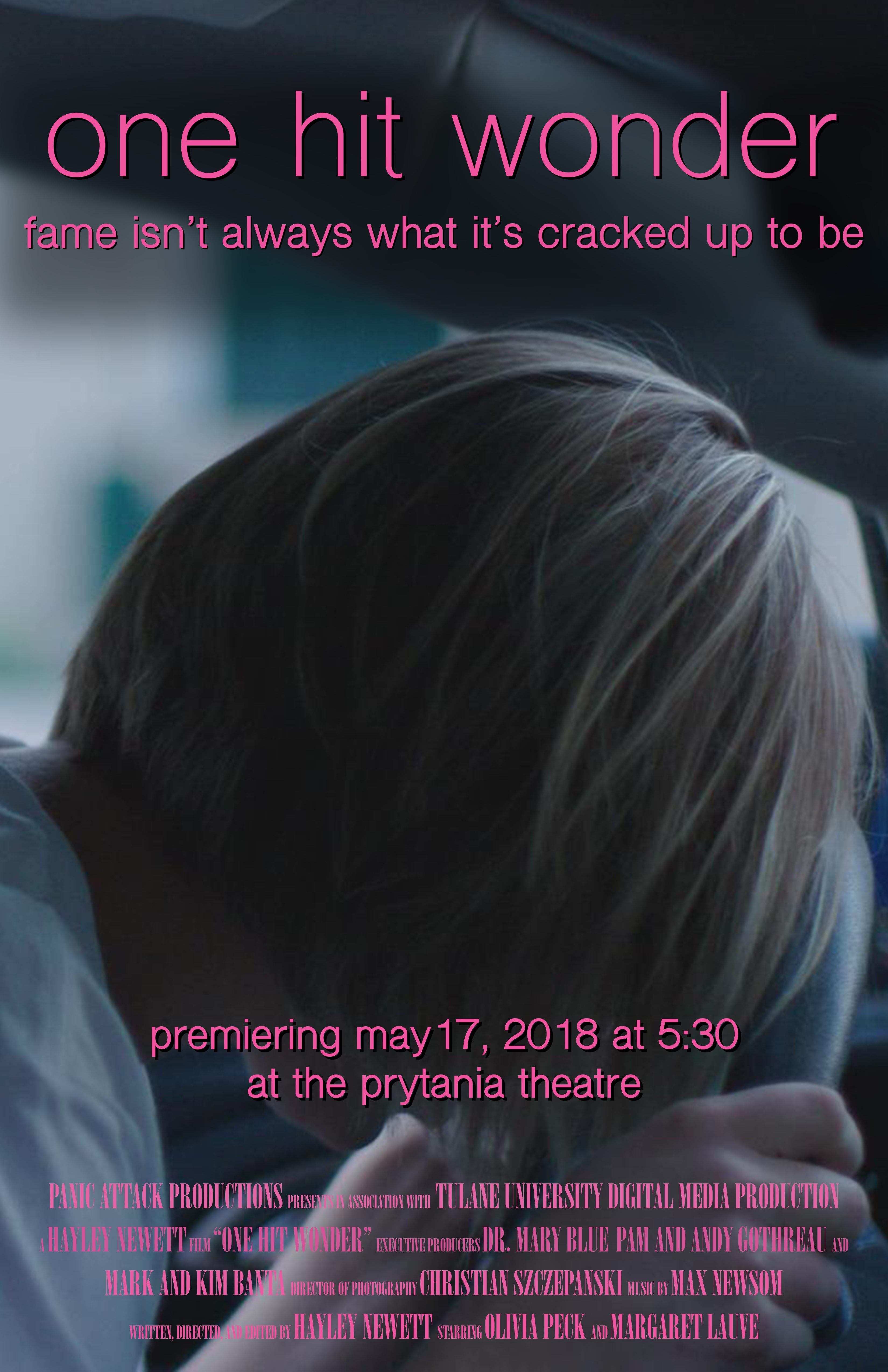