Over the course of my senior year, I wrote an honors thesis entitled “A Compositional Approach to the ‘Children’s Universe’: Teaching through Original Music,” and composed a short musical for children. I had the intention of orchestrating the musical and staging it for my senior BFA compositional recital but wasn’t sure if that could ever be made possible given I didn’t have the funding necessary to hire musicians, to buy costumes, and to make a set. The NTC grant I received turned my vision into a reality. I was able to hire four singers, one actor, and four musicians to put on my work, and I bought costumes and set pieces in order to transform the recital hall into a fantasy land. I invited peers and professors, and the recital turned out to be a great success. As a bonus, many of my professors brought their children, so I felt like I really was testing the work out on the intended audience.

For background, my work is called Mr. Bluesman’s Magic Trumpet, and it is a short musical (about 35 minutes in length) with seven characters, some of whom were double-cast. A narrator introduces our protagonists: two fifth-grade students named Liza and Lou, who have hopes of joining their school band even though they don’t know how to play any instruments. Walking home from school one afternoon, they hear a loud trumpet melody coming from a music shop down the road. They follow the noise and knock on the door. Inside the shop, they’re introduced to Mr. Bluesman, a magical jazz musician who tells them he can help them prepare for their band auditions if they do him an unnamed favor. Upon agreeing to his conditions, the music shop is transported to a fantastical world, and Mr. Bluesman disappears.

The children then meet Castodia Melodia, a mermaid who is caught in a magical net, only able to escape after the children sing their ‘secret song’. She tells them to climb a mountain, on the top of which they meet Princess Mina, who lost her rhythm, but recovers it after dancing with the children in a number sampling waltz, tango, and boogie woogie. She points them to a cave, where a troll explains that he’s down because he can only sing forte. The children quiet him down and are allowed back home, where Mr. Bluesman gifts them with musical instruments for their band audition. Of course, the plot is more detailed than my description, and I’m happy to send along a score if requested.

The work is scored for a small ensemble of piano, trumpet, clarinet, and upright bass, and is designed to introduce young audiences to the basic musical concepts of melody, rhythm, and dynamics through an engaging storyline, as described. I directed, conducted, and staged the work. I have never taken on leadership responsibilities of that caliber and I learned so much about how to work with others, and about how to establish myself as an authority figure while still asking for constructive feedback from my peers. It was an exceptional opportunity to grow and I am so grateful I was able to have this experience. It wouldn’t have been possible without the funding I received from NTC. 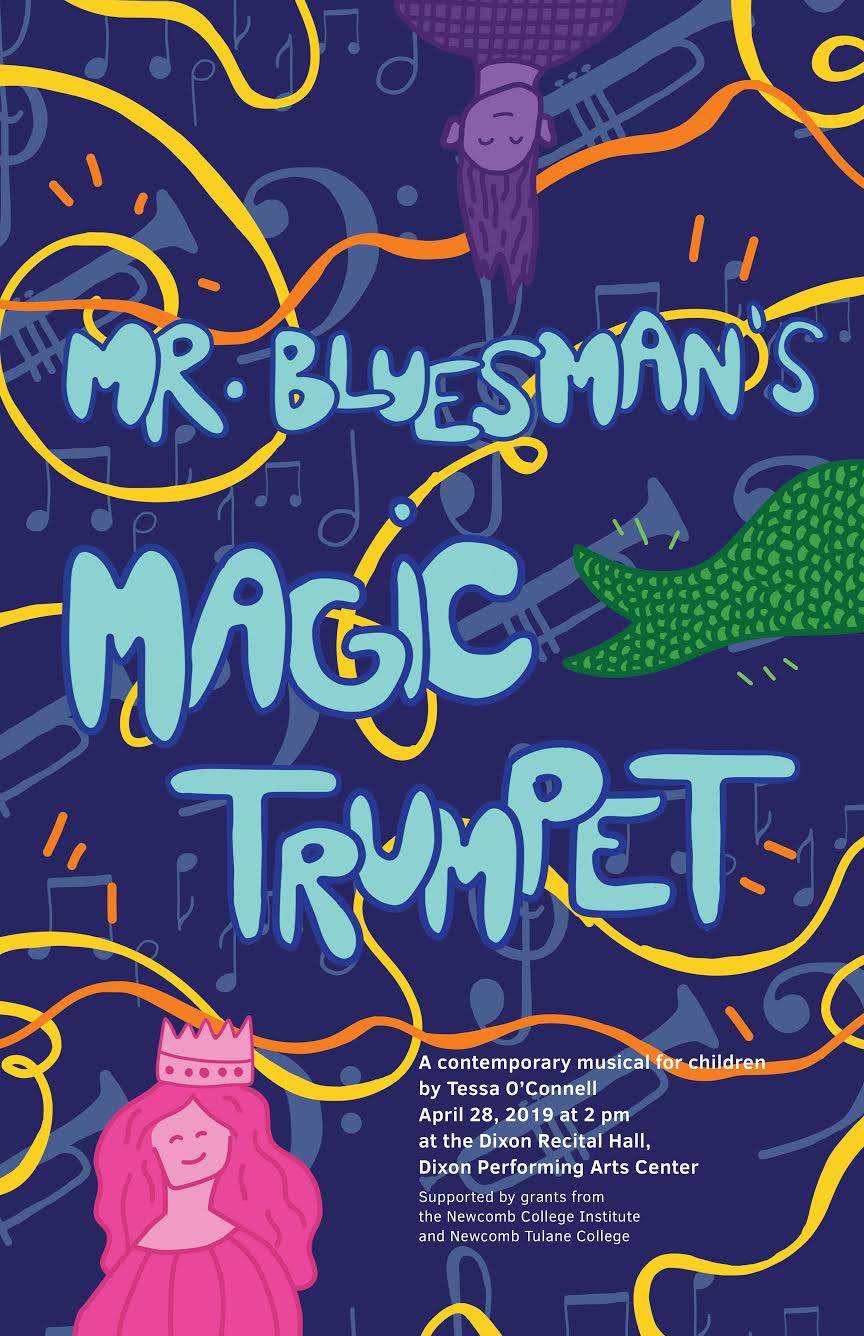