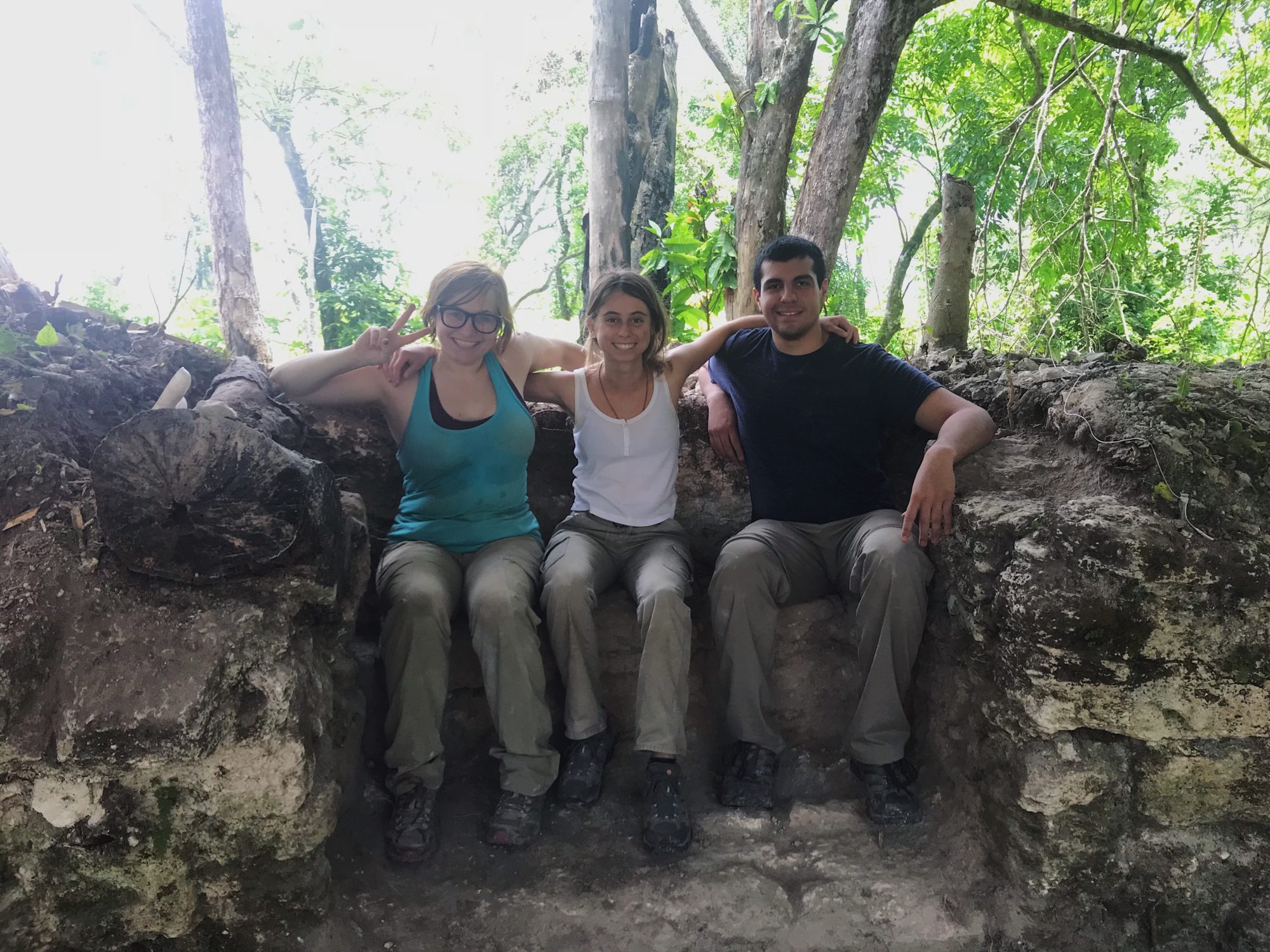 With the NTC grant I received, I afforded the tuition to participate in the 2018 Belize Valley Archaeological Reconnaissance (BVAR) project. This project is designed to introduce students to the basics of archaeological field work by participating in breakthrough research on post-classic Mayan history. Under the project’s director Dr. Jaime Awe and his graduate students, I received hands-on instruction in excavation techniques, artifact identification and analysis, data collection, and methods for locating and documenting important finds. The skills I learned while researching with the BVAR team have given me an excellent foundation in archaeological field work and Mayan history and will aid me in further exploring my interests within Tulane’s archaeology department, particularly the Meso-American Research Institute (MARI).

The program orientation included a tour of the major Mayan site Cahal Pech where Dr. Awe detailed the ongoing excavations to uncover previous building phases of the main temple. I also received a tour of the site I would be excavating, Xunantunich, from Dr. Awe who served as the Chief Archaeologist of Belize and initiated research at sites all over the country. His expertise enabled me to gain extensive knowledge about Mayan archaeology, such as the competing theories for the Mayan collapse, perceptions of elite rituals and power, and the often-overlooked subject of the lifestyles of commoners outside these city centers. His lectures provided important contextual information for the artifacts I found on site and explained why we chose to excavate in these locations.

During the week, I participated in excavations at an elite residential complex at Xunantunich. The graduate students taught my team to set up excavation units and to recognize significant artifacts and ecofacts as we dug. Excavating, I learned, involved a knowledge of geology and a keen eye for changes in the composition of the natural environment, such as soil color, type of sediment, and indicators for human alteration of the landscape. I gradually became quite adept at finding patterns in the location of artifacts and began to sift through materials and recognize objects faster.

Importantly, I also began to bond with my team members. I opened two units with the same group, and in that time, I learned to work closely with these students to record data and use multiple instruments at once to set up a base-line and triangulate our unit. This level of cooperation was frustrating at first, but eventually, we developed an efficient work pace and style and celebrated together when we discovered special finds. During down times, we talked about our professional goals and research interests, sharing our past work experiences with each other. This opened the door to important contacts for me. I learned of an environmental archaeologist at Pennsylvania State University who one of the graduate students put me in contact with. I had not previously known much about this field, but after talking to another student about it, I realized it may be an ideal intersection between my two fields of study which I can pursue in the future.

The mentors I gained while attending this program will be extremely valuable in my future career. Not only are they great teachers, but I also highly respect their treatment of their work. Throughout the course, the graduate students and professors emphasized the role of archaeologists as humble researchers, writers, and conservationists whose main goal is to share information about past civilizations and to use this information to preserve the heritage of modern descendants. In doing so, they informed us of the unfortunate history of looters and destructive, self-driven archaeologists who are equally harmful to the study of these important societies. A large amount of valuable information has been lost due to their mistakes so it is necessary to treat the remaining evidence of history with the same respect everyone should have for these resourceful and innovative people.