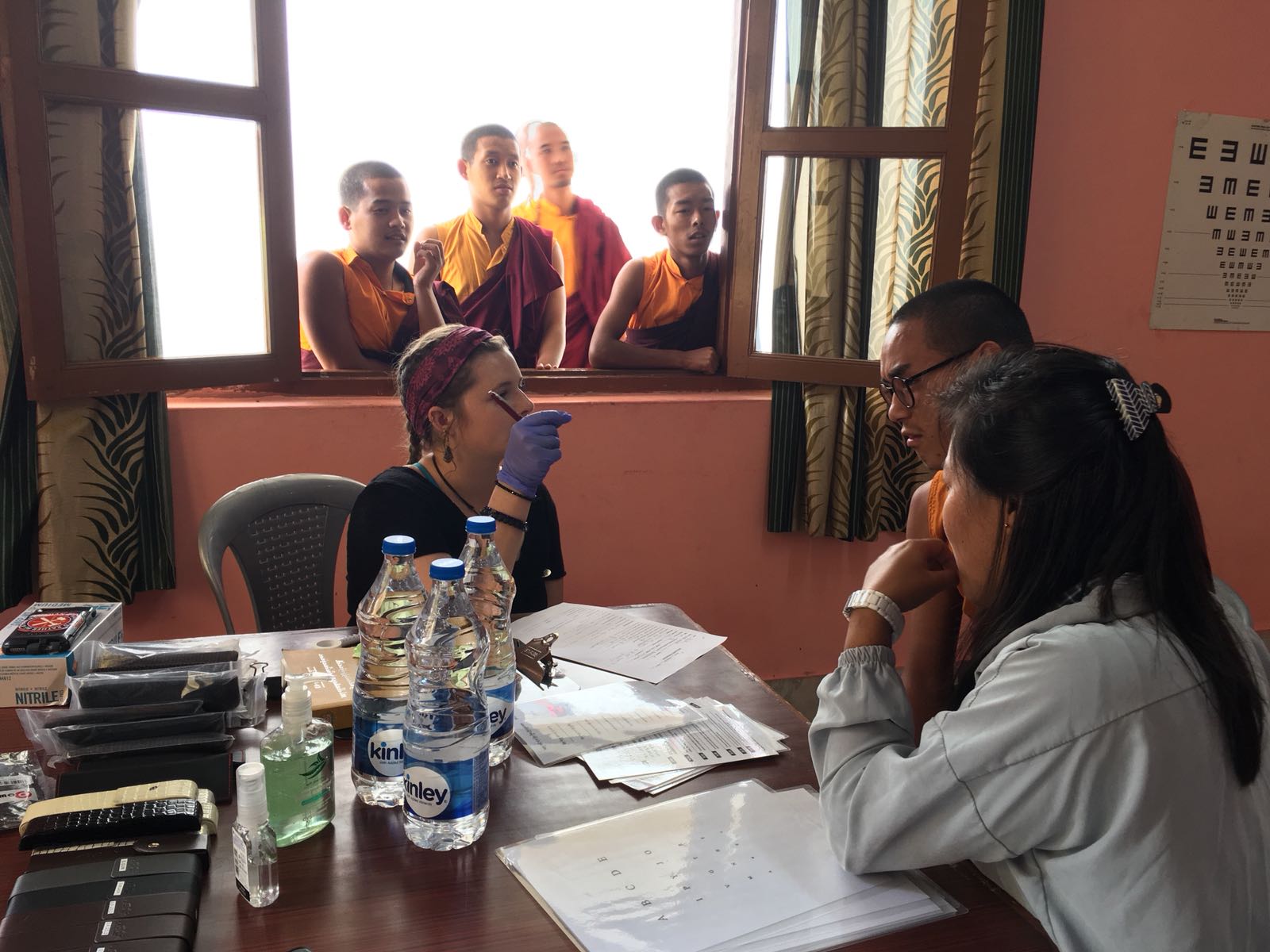 My project was two pronged, both preventative care and health education field work in a Tibetan Buddhist monastery, and researching the health issues that resulted from the Tibetan Diaspora (1959-present) to better understand the nature and effectiveness of the field work. I studied the need-for-further-care referral rates of two sample groups from these monasteries and nunneries: those that had never received primary health assessments from Louisiana Himalaya Association before and those that had been receiving them every summer for four years. Because I worked directly in these health assessments and oversaw all referral data, I could effectively compare the statistics and common health issues of the two groups. I found that there was a 25 percent difference in the referral rates between the two sample groups, for 96 percent of monks and nuns that had never been assessed before needed further dental, eye, or medical care while only 71 percent of monks and nuns that had previously participated in the program were referred.

However, my findings were much more than just analyzing rates of referrals. Besides performing the health assessments and writing down data, I studied the health perceptions and social determinants of health of the Tibetan Buddhist monks and nuns in which I encountered. Through observation, interaction, talking with doctors, Rinpoches, and Tibetan Medicine specialists, and reading countless studies and articles on the Tibetan Diaspora and its effect on health, I was able to better grasp the health problems I encountered in the screenings. For example, one major problem in the Tibetan refugee community is Tuberculosis, an issue I learned by talking to a local allopathic Tibetan doctor at Delek Hospital in Dharamsala, India. After talking to other health professionals, Tibetan locals, and reading studies on the Tibetan diaspora the decades long epidemic of tuberculosis began to make sense: TB is not endemic on the Tibetan plateau, environmental and lifestyle changes greatly reduced the immune system of the Tibetans, the communal style living in Tibetan colonies was extremely conducive to the spread of TB, and the historical lack of allopathic medicine in Tibetan culture created a large stigma of TB and its treatment. Tuberculosis is only one of the major health problems that is still occurring because of the Tibetan Diaspora beginning in 1959. High rates of hypertension, Diabetes, Hepatitis B, gastritis, severe dental problems, and diet and exercise related issues were also observed through the health assessments and cited in literature as being chief complaints of this population.

One question that I feel like needs to be studied more is health perceptions of this community; for my personal experience with performing health assessments was different than the health perceptions than outside health professionals I interviewed and studies that I read. Although some of the monks my group assessed were shy to initially admit health problems, most of them became extremely open and eagerly wanted to ask questions and learn about health education techniques. Even with the Tibetan/English language barrier, they did not hesitate to ask difficult questions or seem opposed to seeing an allopathic doctor (as opposed to a Traditional Tibetan Medicine doctor). However, in other cases, I learned that there is large stigma and opposition with allopathic medicine, especially TB diagnosis and treatment, in the Tibetan community. I would like to further explore what the causes of these hesitations are to encourage better health outcomes in the community.

In the future, I believe that the Louisiana Himalaya Association’s Medical Assistance Team needs to focus more on health education and trying to reduce this stigma of disease and allopathic medicine. Although we do not treat or diagnose at all, these interventions would probably be the most effective, culturally sensitive, and produce long-term changes.