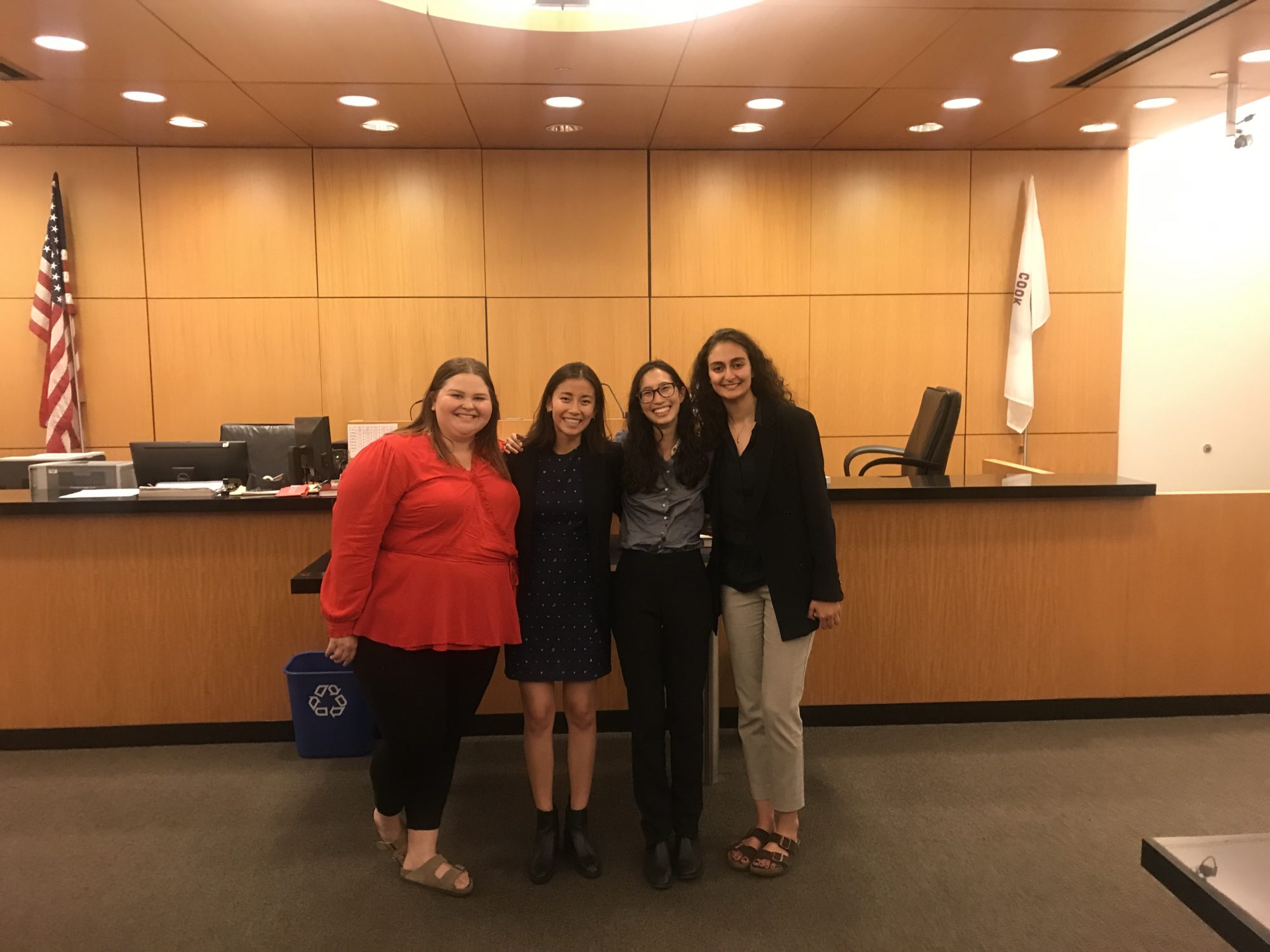 Whether one watches Law and Order SVU, Suits, How to Get Away with Murder, or any of the many other law series, the courtroom is always depicted as being both intimidating and empowering, filled with sleek wooden furniture, dark wood floors, high ceilings, and large skylights. The lawyers are always arguing between themselves, yelling, objecting, and then somehow cleverly winning the argument using an ingenious scheme or a last-minute precedent dug up from an obscure case from years ago. However, in my experience, the law is quite different. Rather than being sensational, it is often predictable. It can sometimes be boring. And a lot of the time it is downright draining. This past summer I spent my time as a full-time law clerk with the State Attorney’s Office of Cook County in Chicago, IL. This office is the second-largest prosecutor’s division in the nation and it handles criminal and civil cases from the city of Chicago and its surrounding 126 suburbs. More specifically, I was assigned to work within the Domestic Violence Division, interacting on a daily basis with lawyers, victims, defendants, and judges, all of which gave me an intimate view into the criminal justice system with both its strengths and weaknesses.

Domestic Violence is truly the only division with the State’s Attorney’s Office that represents all manners of victims. These victims can be of any age, race, and socioeconomic status. They can also be a victim of abuse from his or her girlfriend, boyfriend, mother, father, sister, brother, cousin, uncle, aunt, grandma. The Domestic Violence Division is divided into four different branches with two or three State Attorney’s for each branch. Each branch handled on average a total of 40 cases per day, with an average of 200 cases per week, and an average of 800 cases in total. Often, we think that if only the victim of a Domestic Violence case has the courage to leave the relationship, call the police and actually press charges that the battle is won. But that is far from the truth. Many times, due to the longevity of the process and the nature of abusive relationships, the victims choose of their own free will to go back to their significant other, fail to show up to the court to continue pressing charges, and/or choose to have the charges dropped. The defendant is then allowed to go free and many times goes back to live with the victim, with the violence destined to happen again. In this case, the State Attorneys cannot tender their help as they are required to work within the law and the criminal witness chooses not to use the protection of the law. Domestic Violence is often an endless cycle within the home, and this characteristic follows the relationship into the courtroom.

My experience as a law clerk fulfilled both the quintessential intern role as I shuffled paperwork and shredded documents, but it also gave me free reign to take advantage of any learning opportunity during the hectic courtroom days. In my role as a law clerk, I attended daily courtroom sessions, ones that often lasted between three to four hours and during which time I fixed files as needed according to the next step in the case. This meant that I updated the files for the next impending court date, or I readied the paperwork for the inactive file room. I also created paperwork files to be entered into discovery and given to Defense, most often the appointed public defender. I filled out subpoena request sheets and notified the Chicago Police Department of upcoming hearings or trial dates where officers were needed as witnesses. My role was mostly paperwork and repetitive procedures, as I did not have the knowledge nor the legal certification to handle the more detailed areas of the law. And while this may seem menial, after working with the department for the summer, I have found that even though there were four interns working eight hours per day, the paperwork is never done. In the spring, fall, and winter, there are no clerks in the Domestic Violence Division and the State Attorneys are left to do the paperwork themselves. With our work in the Summer, they had more time to focus on their criminal witnesses, their cases, and their trials and were able to be better lawyers without being bogged down by all the unnecessary bureaucratic steps.

This internship has taught me a lot about domestic violence, the criminal justice system, and the bureaucracy of the law. What is really most effective? Who is better equipped to help victims? Is the system just a superficial band aid on a larger problem? Are private efforts or public ones most able to prevent abuse and provide justice? I have seen the cracks in the system and the classist bias of the law. This experience has been invaluable in that I have been able to witness injustice every day at the very foundation of society. It has helped me to narrow down my choice for a career and I hope that I can use what I have learned at my internship and in my future education to work within the large community focused on reforming the system. I am grateful to Newcomb-Tulane College Sisselman Grant Committee and the Newcomb-Tulane College Cummings Grant Committee for affording me this enriching opportunity.

Written by Callie Belback, recipient of a combined Cummings Grant and Sisselman Grant, 2018-2019