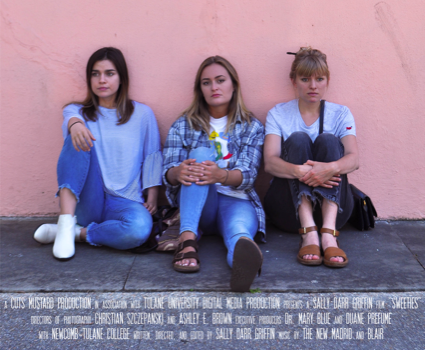 This spring, I completed my short film Sweeties, as a requirement of my Digital Media Production major. Sweeties is a comedic story about three friends who each find out life changing news on the same day. After keeping their problems to themselves throughout the day, they decide to confide in each other about their issues. Willa was cut off by her parents. Jane missed her period. Margaret failed the MCAT. All three girls are growing up, graduating college, and having to face their inevitable future. My intentions for this project were to highlight the complex nature of female friendships. I think I successfully made a film that accurately portrays the humor, love, and support that exists between women in their twenties.

I am so thankful that I had the opportunity to produce a film that showcases not only my talents and skills, but the talents of my cast and crew that helped me so much over the course of my senior year. I would not have been able to provide the people who helped me make Sweeties possible without the Newcomb-Tulane College grant that I received. This grant helped me buy all of the props I needed. I staged a seafood restaurant, and I used a large portion of the grant to make this set believable. Creating a successful and professional looking film as a student is difficult without sufficient funds. This grant made my script come to life and and make it appear on screen as it reads on paper.

The grant also helped me provide snacks and meals to everyone on set. I was not able to pay my peers for their work, but I was able to give them food as compensation. When I needed to have longer shoot days, I had customized meals for each person to keep them happy and working. Without this grant, I will not be able to show as much appreciation as my cast and crew deserves. The quality of craft services is surprisingly important in filmmaking. One text book I read during the fall said, “If you feed your cast and crew pizza, you’ll have a pizza movie.” I made a point to use my money to have healthy and satisfying food options so I wouldn’t have a “pizza movie.”

This semester has been one of the most difficult ones so far. Student filmmaking requires the director to be more than just the director. I had to be the scheduler, props master, location scout, set designer, editor, etc. Being all of these roles taught me a lot, and I now have a better understanding of all of the areas of filmmaking. I now know which of these areas I enjoy and which ones I would never do again. Making this film has shown me what kind of jobs I should apply to and will succeed in.

Not having to worry about the money I needed to spend made everything a lot less stressful. This project was the hardest and most rewarding one of my Tulane career. This project is important to me personally because these characters are all influenced by things that I have experienced in my own life. While the film is not biographic, it is inspired by the conversations and interactions that I have had myself. The comedy and the drama is based on real–and sometimes ridiculous–events. I am excited to share my short film, Sweeties, with friends and family at the premiere at the Prytania Theatre. This is the culmination of my entire college career, and I am forever thankful for my cast, crew, and NTC for making it all come together. 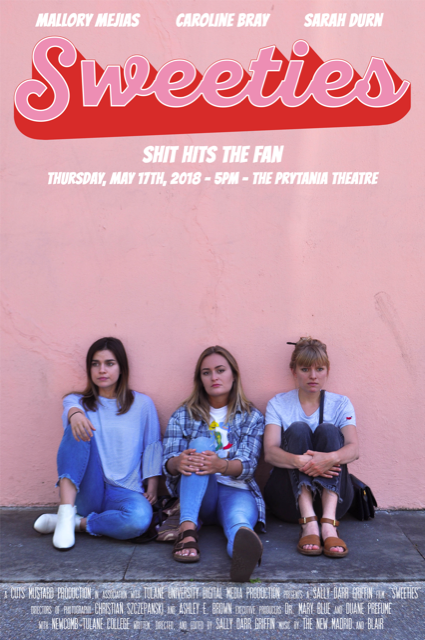