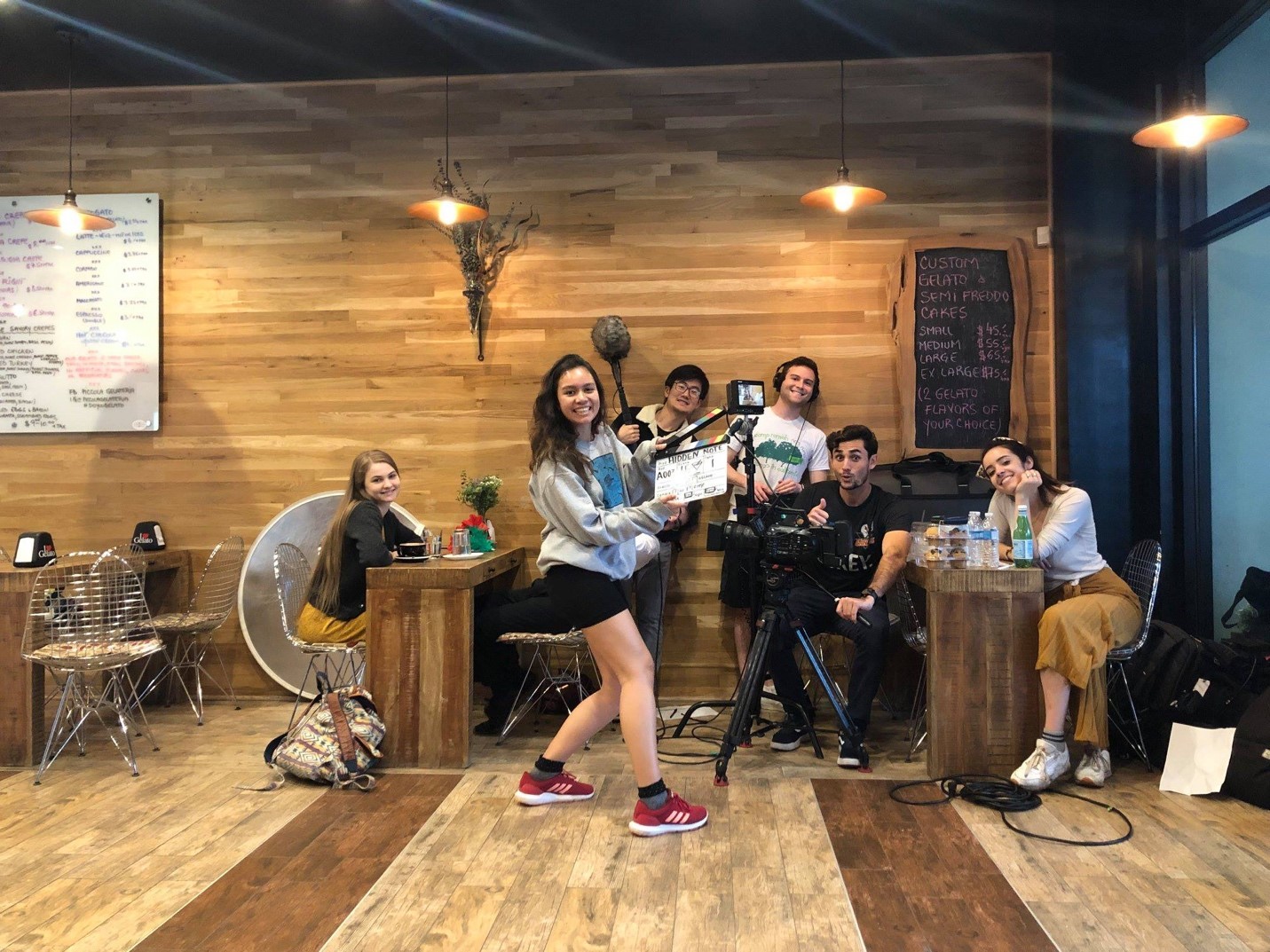 With my NTC grant, I was able to produce a 14-minute short film over this past semester. My vision of being able to film inside a bookstore, gather props for a magician, and accurately depict the multiple horrible dates that my main character went on were all able to be produced visually because of this grant. Specifically, I used the $500 that I was awarded by the NTC grant to rent out two locations, the Blue Cypress Bookstore and the Labyrinth, buy multiple props such as fake flowers and cds, and by a light wand which helped to accurately light my movie. This grant not only taught me about money management but over all helped me produce a film that lent itself to many challenges and speed bumps that I would have to learn to maneuver through.

Producing this film was a challenge on a level that I did not anticipate. I quickly learned that time management and organization would be the two most important qualities to finishing this film. Throughout this semester I had to arrange eight shoot days with a complete crew and a cast ranging from two to ten people. It was a challenge that I have not had to face in my academic career before and also forced me into a leadership position that, again, I have not had before. With a very helpful and supportive crew I was able to delegate and organize shooting days that were effective and efficient.

The grant has benefited my Tulane experience because without it I would have been unable to produce this film. Since declaring DMPR as my major sophomore year I have looked forward to this semester and being able to produce my own film. While I knew it was going to be a large workload, I did not understand the full extent and time commitment it took to produce a short film including both pre and post production time. By being awarded this grant I was able to translate my script onto the screen accurately which made the long hours and hard work worth it in the end. I was able to produce a project that I am not only proud of but also produce something I had been working towards for multiple years. Overall, creating a short film is a very rewarding process where I got to undertake a massive project with my classmates.

Photo caption: This photo was taken on my third shoot day at Piccola Gelateria. In this picture is my crew and one cast member. In this scene Karen, the main character, is going on a date with a magician. I was able to use the grant to buy set decorations and props for this scene.