This past summer I spent my time doing archival research at the Ricci Institute for Chinese- Western Cultural History. More specifically, I spent my time looking at a collection focusing on a small group of American Passionist Catholic missionaries who were stationed in Hunan province in China from the 1920’s to the 1950’s. It was during these three decades that arguably the most tumultuous period of modern Chinese history occurred. Seen as unwelcome by the local population in an area teeming with bandits and no real authority, the Passionist missionaries were also forced to deal with political instability, several wars, refugees, terror, and chaos. The collection held at the Ricci Institute from their time in China contains thousands of documents including letters, budgets, photos and more and it was from this source that I was able to delve into the Passionist missionary experience.

I focused on the narrative of the foundation of the mission and the work of the missionaries with the orphans. Orphanages had always been important to the Catholic missionary effort in China but because of the constant destruction of the time, young orphans were more relevant to the area than ever before and it was the Passionists who took them in. I delved into the similarities and differences of the boys orphanage and the girls orphanage in terms of care, hardships, ideals, and education. I also focused on the use of the orphans by the missionaries as a source of PR for funding from the United States.

A main work done by the Passionists in China was providing shelter and education of the young orphans. It is this interaction of American religious figures and young, susceptible Chinese children that allow for an analysis of social and cultural interaction that highlights the broader topic of Sino-Western relations during this turbulent time of modern Chinese history.

As an undergraduate student just coming off of her first year, I was very nervous as to how to conduct my independent research in such an archive. Not only was I in a new institute, I was also to be the first person to ever work with the Passionists in China digital collection, and I was conducting my research entirely alone. I didn’t have a professor to offer advice or look over my shoulder. Luckily however, the main archivist of the collection was at the Institute, and he offered me advice, gave me guidance, and helped me to narrow down my interest in such a broad topic. Focusing on the missionaries’ work with Chinese orphans, I read a variety of documents and looked at hundreds of photographs, ranging from the 1920’s to the 1950’s. With only five days to sift through the entire collection, I had to prioritize my time on looking wide rather than deep. I tried to get through the entire collection with its thousands of letters and photographs, and because it was digital, any time I saw a source that looked relevant to my topic, I was able to copy it onto a storage drive and take it home for further investigation.

After finishing my time at the Ricci Institute, I have been able to synthesize my research at home in Illinois and start on the long process of writing an academic article that is to be submitted to an undergraduate research journal in the Fall 2018 semester. This whole research project has allowed me to gain experience into the undertaking of archival research and academic writing. It has also allowed me to delve farther into a fascinating topic of my choice and go right to the source in historical learning. I have learned how to handle and investigate primary resources and provide my own analyzation, rather than reading about the topic from a textbook with its own interpretation.

Along with a warm welcome given to me, I was invited by the Ricci faculty to join their doctoral and post-doctoral student fellows who were to be starting at the institute during the time I was there. Not only was I honored to be asked to join, I was excited to be around so many driven and curious researchers like myself, looking at a vast array of topics in different periods of Chinese history. Sitting and working alongside them, I was able to respectfully talk to them and exchange topics, interests, questions, and nuances that greatly helped my own research and gave me points to think about as I continued to sift through the collection. These interactions with doctoral and post-doctoral researchers were experiences I could not have hoped to have as an undergraduate, much less one just finishing up her first year, and is something that I am incredibly grateful to the Ricci Institute for providing.

My time at the Ricci Institute doing my first ever archival research in a topic that is close to my heart (as an American adopted Chinese Catholic) is something that I will always remember. Not only did it offer me invaluable archival experience, but it also allowed me to learn how to conduct independent research, meet and work with doctoral and post-doctoral students from around the world, and be the first person to work with a certain digital collection. I have learned a lot from this project and I am so grateful that the Newcomb Tulane College Grant allowed me to undergo this project. 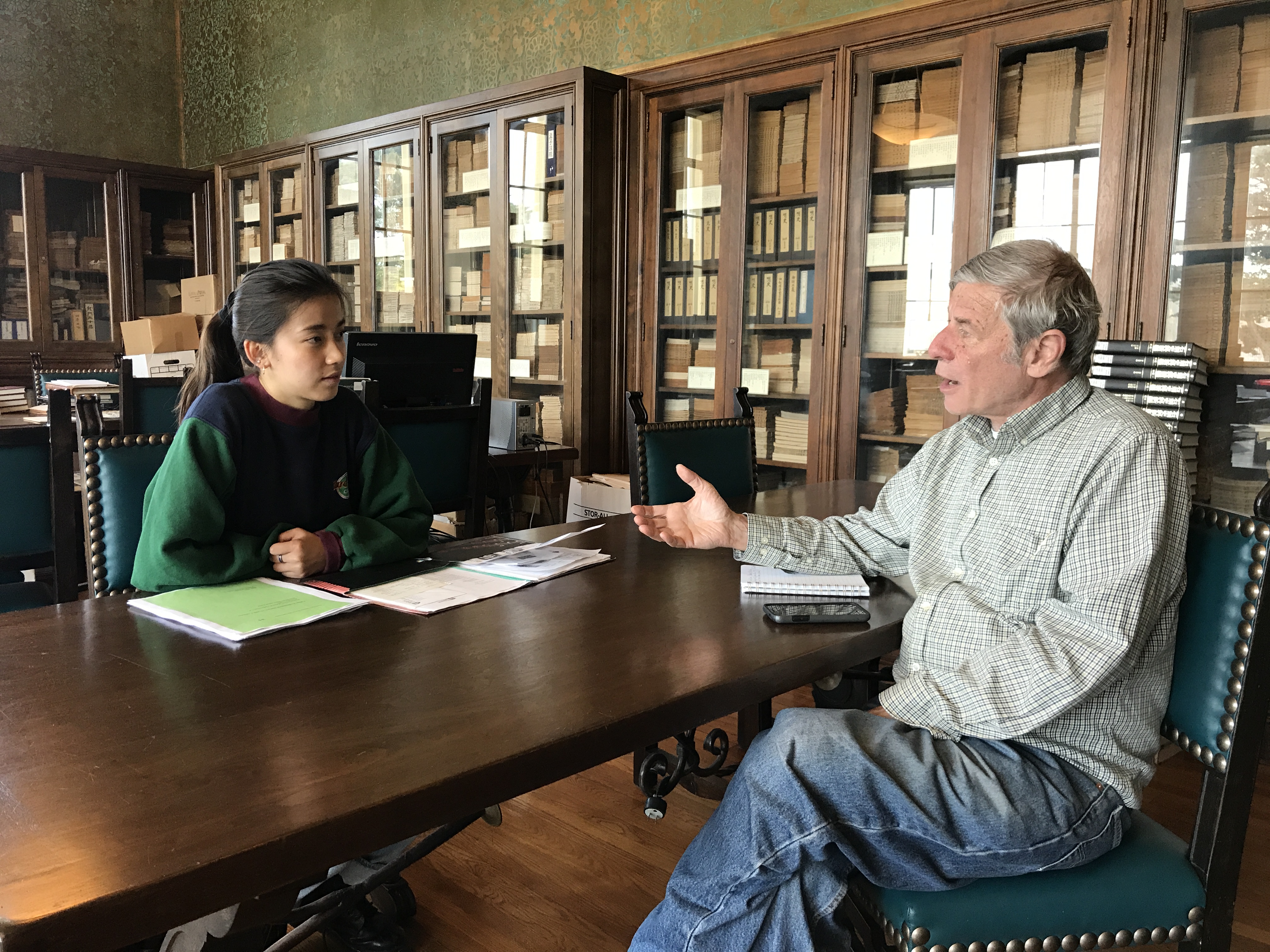 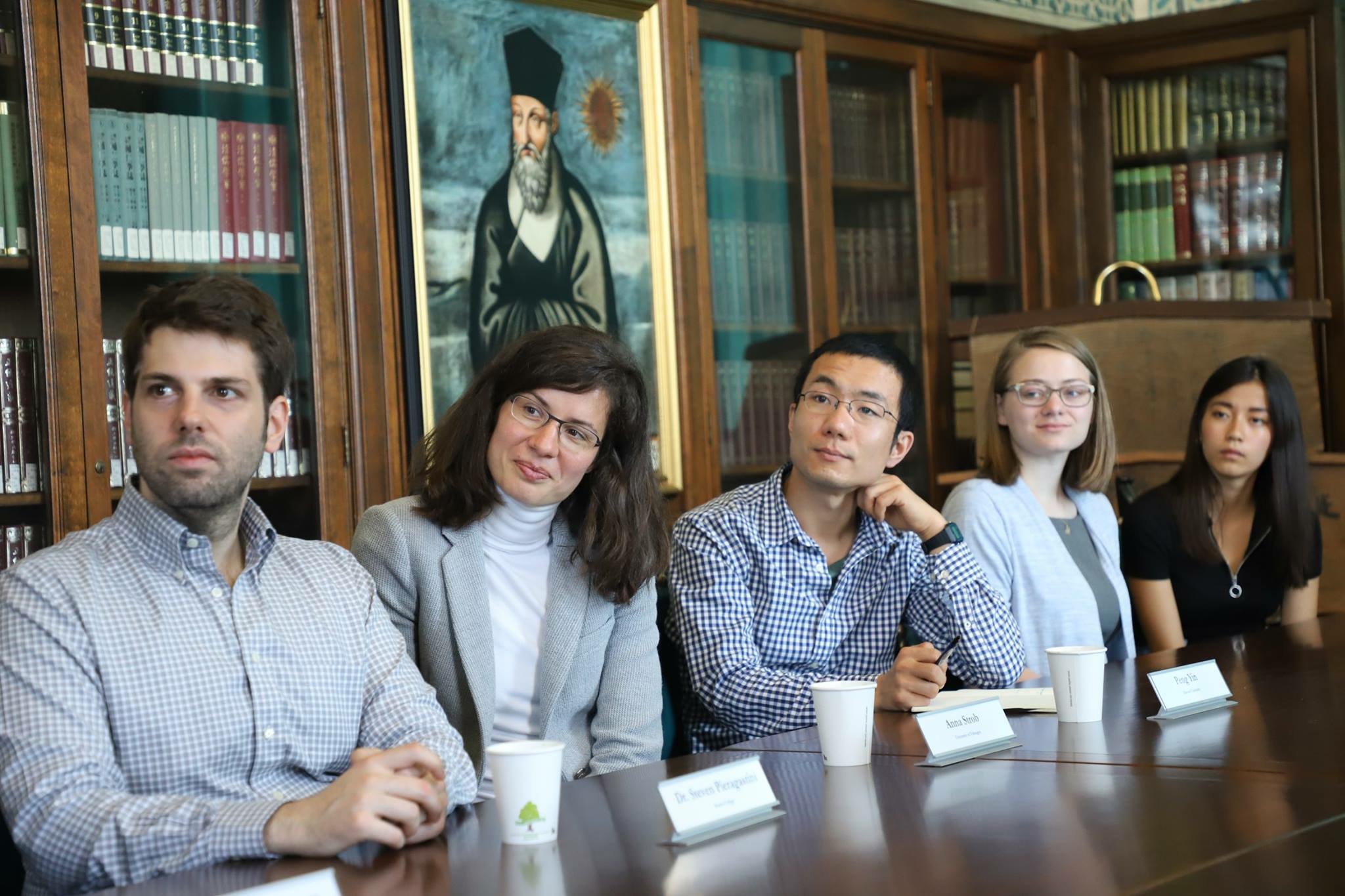